Hunter Biden appears to have interrupted his father's Executive Orders briefing to announce he's agreed to a plea deal. Did Hunter Biden get a slap on the wrist for tax fraud? Will mainstream "news" start asking questions, now that Biden's secured power for the DNC? Not likely. 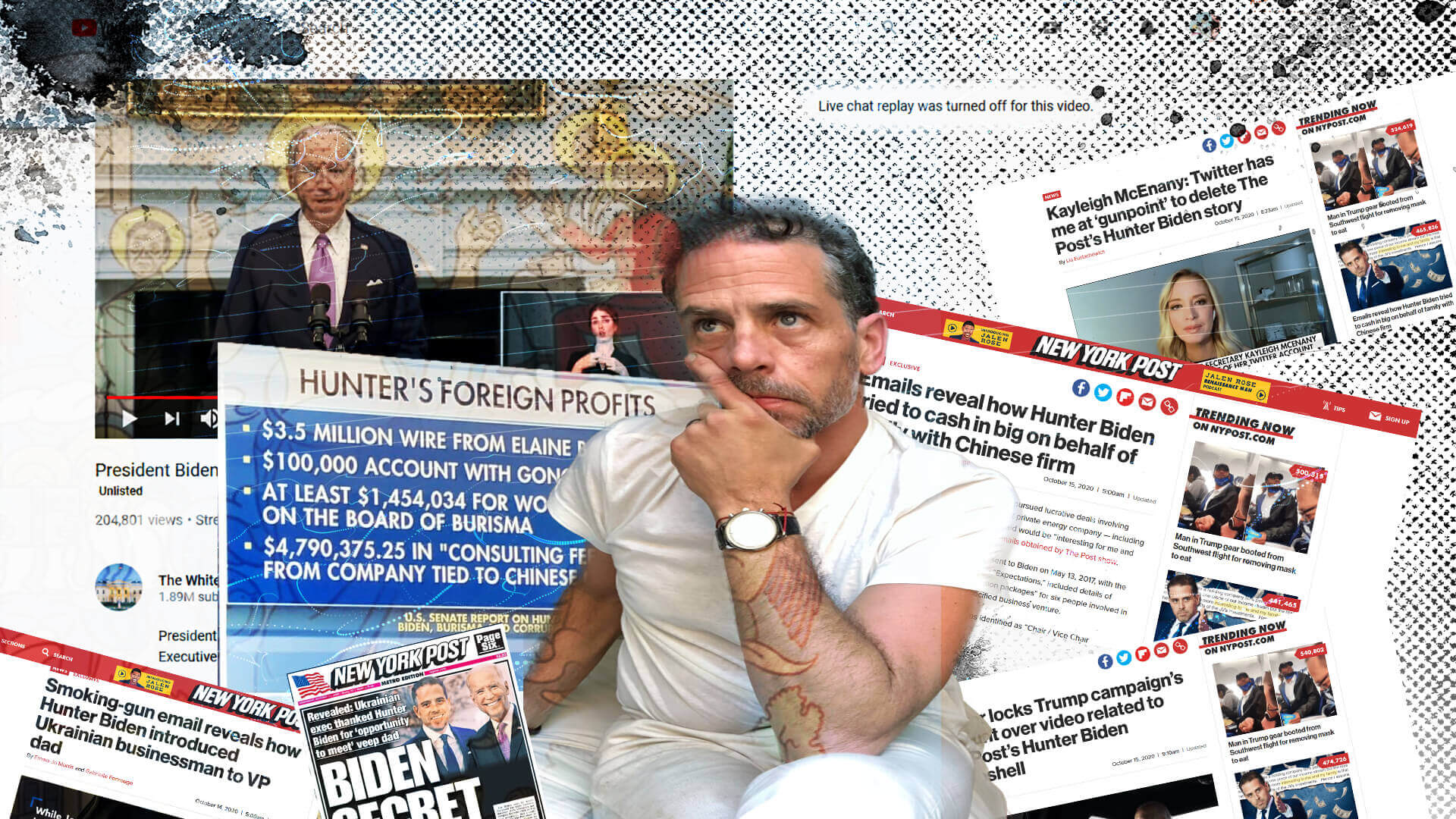 Hunter Biden, the ultimate failson, has done it again. Today during President Biden’s live stream, as the old man droned on about the Executive Orders the DNCCPNWO is pushing through on his behalf, such as taking control of the National Guard away from the states, Hunter Biden appears to have been caught on a hot mic announcing that he’d accepted a plea deal.

Joe Biden has just become the President of the United States of America, largely through the charity of major “news” outlets actively running cover for the Biden family’s corruption and incompetence for the better part of five decades, but especially over the last couple years. MSM and social media bent over backwards to eradicate all knowledge of Hunter Biden’s exploits and improprieties in advance of the election, and they show no signs of letting up yet. As a result of the unprecedented efforts of mainstream and social media to suppress the flood of unsavory news about Hunter, most Americans don’t even know that Hunter Biden has a hint of scandal about him, still yet that he’s been under federal investigation for possible tax fraud.

Imagine their shock and confusion when they’re tuning in to see the President’s address and hear Hunter Biden talking over his father, sounding sedated and bored out of his mind, casually discussing his plea arrangement on the official White House live stream. Of course, they probably wouldn’t even recognize Hunter’s voice, since reams of recordings of Hunter prattling on about his illicit affairs have largely been hidden from the public. But we know Hunter’s gravelly, crack-addled monotone anywhere, and this is definitely Hunter Biden. Hear it for yourself.


You can clearly hear Hunter saying “Just so you know, my life… uh, as we’re waiting to do this, I just agreed to a plea sentence for uh… a guy…” it trails off as some poor staffer realized his mistake and muted the mic, but, perhaps fearing reprimand, the guy didn’t apparently bring this to anybody’s attention, so the artifact remains, even as I write this it is still clearly audible on the official White House YouTube channel, although like the inauguration video, it is “unlisted,” so will not be featured on the service or come up in a search.

Not convinced it’s really Hunter? Compare and contrast with his voice in this interview, or this leaked audio of Biden discussing his illicit ventures with China’s top spy chief:

Certainly this will be scrubbed from the official White House YouTube account soon, so watch it while you can:

Wondering how this could have been allowed to happen? Well, the DNC is in charge now, and they aren’t exactly known for their technical finesse. Whether it’s soliciting advice from Reddit on how to scrub emails to skirt FOIA, using the word “password” as Gmail credentials, allowing tens of thousands of classified emails to be leaked, replacing the time-tested caucus process with a #DNCAPP in a desperate effort to have still more control over their sham primaries, or even hosting a simple live stream, the DNC has fallen on their face so many times in their frenzied attempt to remain relevant with cutting edge technologies, it’s a wonder they haven’t made like Huma and taken a hammer to all of their smart tech.

It is absolutely perfect that after all of mainstream media contorted themselves into knots to keep any information that might tarnish Biden’s reputation from the public for an entire election cycle, after Big Tech suppressed actual, credible news about Hunter’s trading foreign favors on his father’s name and worse, during the most critical moments after the 2020 election, the very day after old Joe is sworn in, Hunter Biden himself leaks information about his criminal activity. Pity that it won’t be reported by any “reputable” “news outlets,” and a crying shame that even if they did, it’s too late to keep this corrupt crime family from exploiting this nation for the next decade, or as long as it takes to gut the USA for The Great Reset.

Chelsea Belle is "Cassandra," apparently. Truth & facts in the spirit of parody. My dot com was seized for discussing cures. Branded a "conspiracy mill" by NYT. Building one rn

You’re almost out of free articles.

Suggested Websites For You

Because we can't talk about it anywhere else.
If you are brave

More From The Conspiracy Mill