Americans have been waiting on COVID relief for months, but after getting a glimpse of what Congress wants to do with our tax dollars, many wouldn't want it signed, even for $2K, still yet for a $600 pittance. Now Trump has announced that he's signed the abysmal bill - but with a catch - and, maybe, a hook. 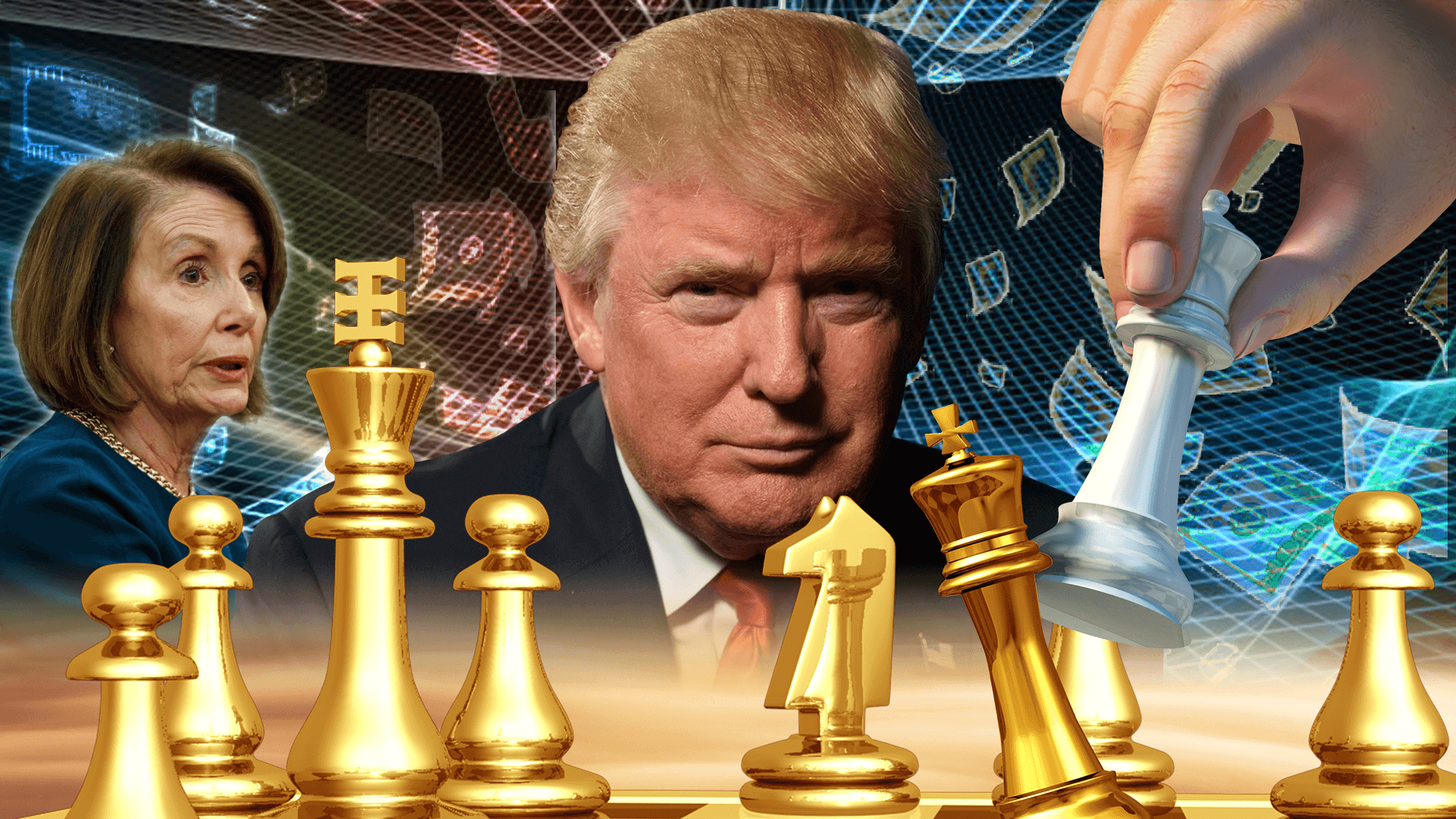 Dec 27, 2020
In an ironically devastating blow to struggling Americans, late Sunday night Deputy Assistant Judd Deere took to Twitter and announced that President Trump signed the COVID relief bill proposed by Congress six days ago, contingent on him signing the omnibus into law along with it.

The President is sending a strong message that makes clear to Congress that wasteful items need to be removed. Sending back to Congress a redlined version, item by item, accompanied by the formal rescission request to Congress insisting that those funds be removed from the bill.

Trump says he’s signing the bill “to send a strong message,” and he has. But the message many of his supporters are hearing tonight is thick with the implication that he has no idea wtf he’s doing, and never has.

Trump’s statement after news broke that this terrible bill had been signed into law was not particularly encouraging: 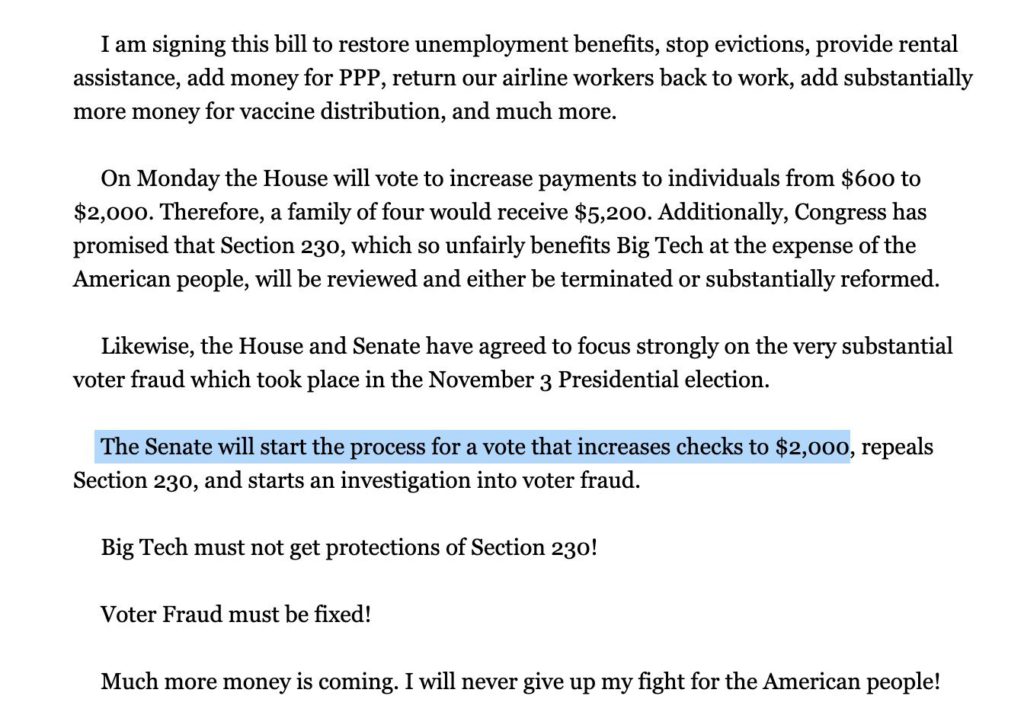 To many, it looks like in exchange for signing this bill that no American wanted into law, Trump believes that on Monday, for no reason at all, “The Senate will start the process for a vote that increases checks to $2,000, repeals Section 230, and starts an investigation into voter fraud.” Because that’s totally going to happen. At least it certainly wouldn’t, without some other impetus driving it.

To some of his supporters, it looks as if, after five years of being constantly demonized as ‘orange man bad’ our President appears to be under the very mistaken impression that he can negotiate in good faith with the same people who’ve been casually mulling the idea of arresting his entire family as they depart the White House, and sending all of his supporters into re-education camps just to be on the safe side. After years of talking of “TREASON!” raising the hopes of millions of Americans that there might be some form of accountability for said, Trump still seems to believe he can rely on the word of traitors. But does he, really? With so much hanging in the balance, are we to believe “The Art of the Deal” guy would be bamboozled this easily?

On its face, it may appear as if one of his advisors has convinced the President that he can use the Impoundment Control Act of 1974 to effectively hold funds hostage for up to 45 days, and presumably would use it if Congress failed to keep their end of this bargain. The obvious problem with that is, the act was created to prevent a sitting President from re-appropriating funding from Congress, not to block those funds. There is even a provision in the act to ensure that funds are allotted before they would become unavailable, even if it falls within that 45 day window.

So if the $10 MILLION funding for gender studies in Pakistan were to expire next week, those funds would be released for their intended purpose regardless of what Trump does.

The other problem with that is that Trump already tried this in 2018, when he had a Republican majority House and Senate, and it didn’t work. 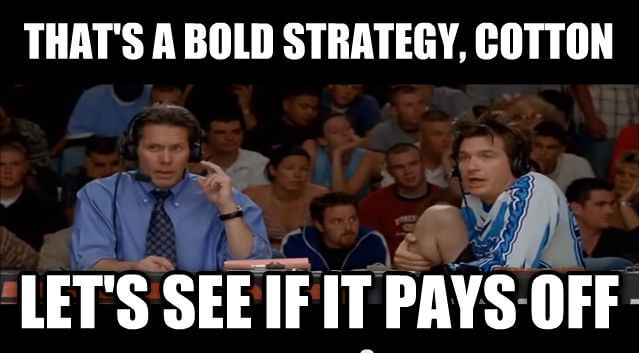 How will this play out? NOBODY KNOWS!